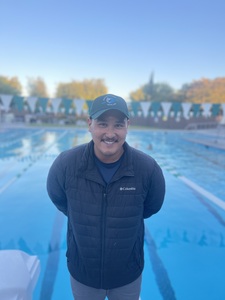 Ryan Garcia was born and raised in San Jose, California. Living in the Bay Area, he competed for club programs such as Santa Clara Swim Club, West Coast Aquatics, and Palo Alto Stanford Aquatics. As an age group swimmer, Ryan was a Pacific Record holder and placed high at meets, including Far Westerns, and all the way up to Junior Nationals. Ryan attended Bellarmine College Prep high school, where he was a four year All-American and helped to lead his team to four straight CCS team titles. He then moved to attend UC Santa Barbara, where he competed for the Gauchos and was All-Conference during his time there. Ryan continues to compete at Master’s competitions and won backstroke titles nationally in his age group.

Ryan was the Varsity Coach and Senior Group Assistant for Palo Alto Stanford Aquatics which he started there in 2016. Ryan has had the opportunity to coach various levels of swimmers over the last 6 years. During his time there, he coached the Varsity and Non-Competitive Groups, as well as the Senior Group as an assistant with head coach Tony Batis. While at PASA, during the high school season, Ryan had the opportunity to coach several seasons at Bellarmine as well as Sacred Heart Prep. Ryan also held the position of Head Coach of Mountain View Masters, and Co-Head Coach of Covington Critters, a summer recreational team. He is experienced in coaching all levels, from novice to All-Americans swimmers.

Coach Ryan's philosophy is to focus on the development of the swimmer as a whole. He wants them to learn the fundamentals of swimming and gain the necessary skill sets to be successful in this sport. He wants to create a fun, safe and rewarding environment for the athletes and create a love for the sport. His goal is to foster a foundation of support for these swimmers. 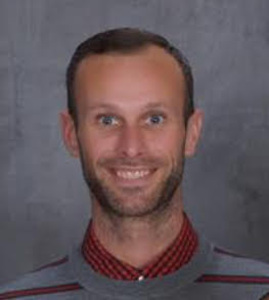 Caleb accepted a position with Tucson Ford Dealers Aquatics and University of Arizona in Tucson in 2010. While in Tucson, Caleb was immersed in every level of swimming from their pre-competitive groups to their post graduate and professional programs. He also had the opportunity to work with national team members such as Matt Grievers, Amanda Beard, Kevin Cordes. After Tucson, Caleb moved to Santa Clara Swim Club where he was Club Manager and High Performance Coach from 2012-2016. Caleb was in charge of the overall operations and management of Santa Clara Swim Club’s Learn to Swim, Developmental, Competitive, Masters, and Water Polo programs.

Coach Caleb also held the position of Aquatics Director and Head Coach of Alpine Hills Tennis and Swim Club from where he managed all day to day operations of their aquatics and PASA-Alpine programs. Coach Caleb had the opportunity of producing CCS, Far Western, Junior National, and US Open level swimmers who went on to become student athletes at programs such as Cal Poly, UCLA, and Princeton. There, he also led their summer league team to undefeated dual meets, relay meet champions, and overall league champions.

Coach Caleb’s philosophy is to create a healthy and safe environment in which athletes feel comfortable taking risks and accepting challenges to achieve the next level of swimming excellence. I am personally motivated to share my passion for swimming and commitment to specific techniques with all athletes participating in the GMCA programs.